St Joseph’s School, located in the beautiful city of Port Lincoln on the Eyre Peninsula, lives and honours the Josephite tradition. Our Reception to Year 12 community nurtures spiritual and intellectual growth, promoting friendship, compassion, hospitality and justice. We are committed to ‘igniting a love of learning’ through diverse opportunities and pursuit of excellence. With our school situated on the same grounds as the church, this allows our staff and students to have a wonderful and close connection with the St Mary of the Angels Parish community.

The Sisters of St Joseph arrived in Port Lincoln in September of 1874, starting a school visited by Sr Mary MacKillop in 1877. Unfortunately, due to lack of support, this school was forced to close in 1886. Responding to the rural community’s need, the Sisters returned to Port Lincoln in 1926 and reopened their school in the original church which had been built, along with the presbytery, in 1870. The old Presbytery was extended to become a convent, a new wing was added to provide a boarding school and classes were held in the back of the Church. 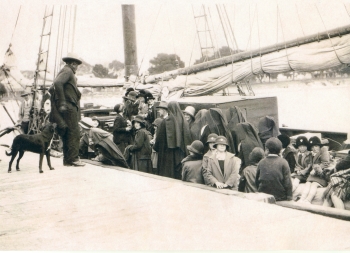 In 1952, 'The Archdeacon Kelly Memorial School' building was opened, with a surrounding complex added in 1969-1972. This building was named in honour of Fr Kelly who had been our Parish Priest for 33 years between 1904 and 1937. He was widely travelled and much loved for his visits to people in remote Eyre Peninsula communities. Father Kelly retired to Adelaide and was appointed Archdeacon in 1938. He died in 1943 and is buried in the St Mary of the Angels catholic cemetery in Port Lincoln. 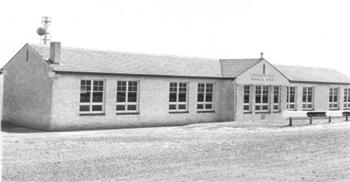 As our school flourished, many new buildings were added to meet the needs of the community. Between 1974 and 1976 a new administration block and open space area were built providing the school with, at the time, modern functional learning areas and administration offices.

1979 was a busy year for our school with a new Resource Centre, Laboratory extensions and a Senior Student Centre. 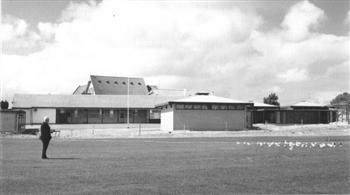 The ‘Resource Centre’ as it was now known was more than just a library; it provided not just books but also other resources in all forms of media. With the addition of the first class of Matriculation students the Senior Student Centre or Matric Centre as it became affectionately known, was built to accommodate them, with classrooms and study area. 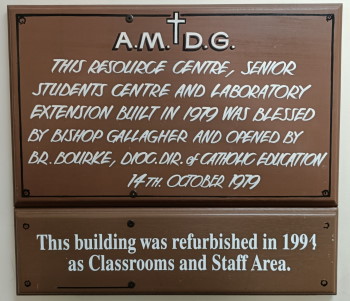 In 1988 the new Mary MacKillop Block was opened providing a wonderful new Home Economics, Arts and Technical Studies area. These facilities had an exciting impact on the courses available to our Secondary students. 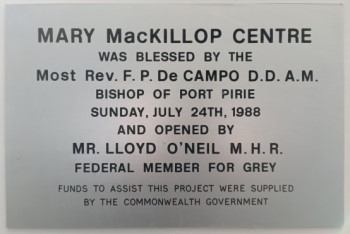 In 1992 a Senior Computing Centre was established and was named after Sr Maria-Anne Graves. Sr Maria- Anne had been the typing teacher at our school for many years and she had a passion for teaching all Secondary students to type. 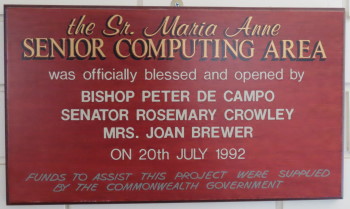 Once again due to the growing needs of the school a variety of areas were built or refurbished including a larger more spacious administration block, which then allowed the ever-growing Resource Centre to relocate to now incorporate a distance education room and Religious Education centre. 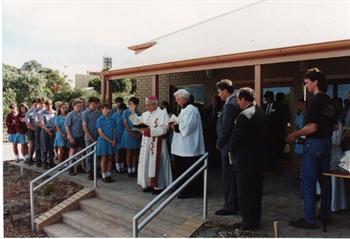 In 1999 part of the Archdeacon Kelly Memorial School building was refurbished to enhance the use of information technology in learning. In the year 2000, staff and students were excited when the new Canteen was completed. 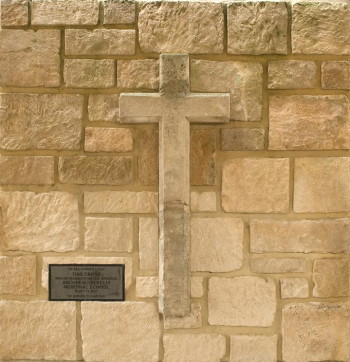 Bishop Eugene Hurley, Bishop of the Port Pirie Diocese and Sr Christine Rowan, Provincial of the Sisters of St Joseph, officially opened the new Gymnasium/Performing Arts Centre in 2004. This amazing facility provided a space which enhanced our growing Music and Drama departments. 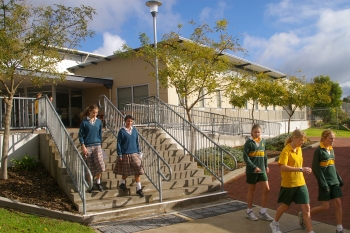 2005 was a big and emotional year for St Joseph’s School as we saw the original ‘Archdeacon Kelly Memorial School’ building demolished to make way for a new modern learning space. To honour our past the foundation stone and cross along with the original local duckpond stone were salvaged and incorporated into the new building. Some of the features of this new area included six classrooms, staff preparation areas and a variety of group learning areas. The newly rebuilt Archdeacon Kelly Centre was opened by Bishop Eugene Hurley, Bishop of the Port Pirie Diocese and Sr Christine Rowan, Provincial of the Sisters of St Joseph. 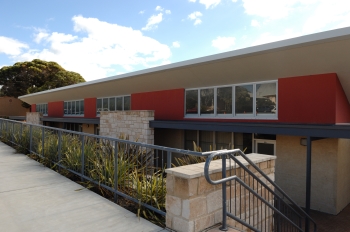 2011 started with excitement and anticipation as we waited to gain access to our new Resource Centre. This new building officially opened by Senator Annette Hurley, provided us with an open and inviting learning environment with ample natural light and an increased access to a quality ICT network. 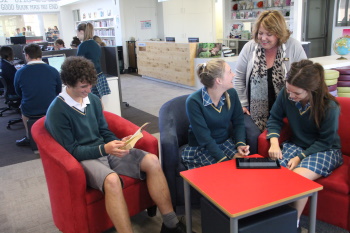 Since then many new facilities have been built as the school has flourished to meet the needs of the community. 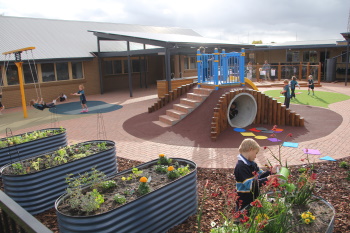 The most recent developments have been the St Joseph the Worker Trades Skills Centre and the Sr Joan Barry Outdoor Learning Space, honouring our patron saint and celebrating the dedication of the Sisters of St Joseph in rural communities. The outdoor learning space provides a wonderful safe learning environment for our Reception to Year 2 students; while our Trades Skills Centre provides new ways of developing skills for students for their career pathways. 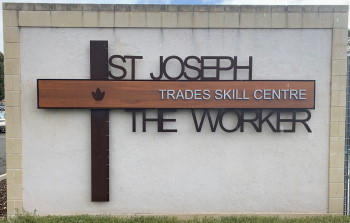 Our school history could not be complete without mentioning our strong connection to the region with our boarding house. The tradition of boarding began when the Sisters of St Joseph returned to Pt Lincoln in 1926 with boarders making up a high percentage of students.

In 1959, Fr (later Monsignor) Nesdale turned his attention to much needed improvements to the church, presbytery and grounds, followed by a new convent and Boarding House. The Sisters and boarders moved into the new accommodation in February 1962. Many old scholars remember this facility with fondness. In 1989, when there were 15 boys boarding privately while attending the school, it was decided that a change to the layout and upgrade to the boarding house building would enable St Joseph’s School Boarding House to provide for these boys. Thus, boarding became co-educational. The building was in service for over 50 years until it was de-commissioned and demolished in 2016 to make way for a new facility on the same site. 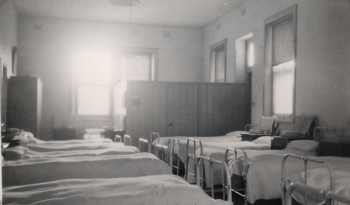 Plans for a new boarding house were proposed and work commenced with the demolition of the old facility in 2016. The new facility, opened in 2017, represents a significant investment in students and families across the Eyre Peninsula. Accommodating 38 students, air-conditioned single rooms provide privacy and comfort, and each of the four accommodation buildings has its own bathrooms, lounge area and kitchenette. Students contributed to the design of the grounds, with a basketball court and grassed area for volleyball, which is complemented by a large recreational room. 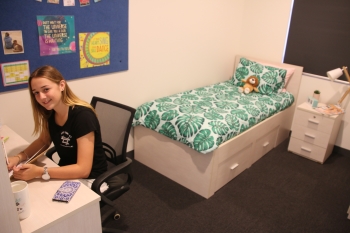 Attached to the Boarding House is a multi-purpose conference room that can be utilised by students, staff and local community organisations. A Mary MacKillop Memorial Garden and outdoor reflection space is featured, honouring the Sisters of St Joseph. 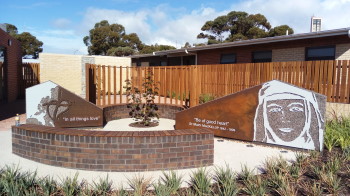 In 2020 the Sr Cathrine Calrk rsj Senior Centre was opened on the site of the old Matric Centre and transportable buildings across the back of the oval. 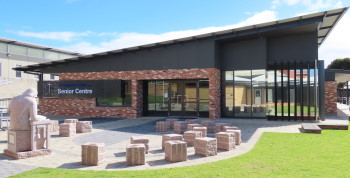